Laura Prat: “Our duty is to carry the Catalan cause beyond Catalunya.” by Regina Laguna

Passionate. That’s the word that describes Laura Prat Bertrams (Eindhoven, 1976), and it’s the image
she projects when speaking about Catalonia. It’s the same passion and seriousness you hear in her
message when she calls for the freedom of the Catalan prisoners and the rights of the Catalan people.
Despite her smile, the cause that motivates this leader from the Netherlands is an intensely sad one. An
outstanding member of Foreign Friends of Catalonia, she has been continuously on the move within
her own country and abroad to broadcast the Catalan issue around the world and among citizens
committed to defending human rights and democracy.

Currently she has gathered nearly 50,000 signatures to ask for support for the Catalan cause from the  Dutch Parliament.  Foreign Friends of Catalonia has a place at the table beside President Carles Puigdemont; they have just become participants in the Council of the Republic with its seat in Waterloo (Belgium).

What is Foreign Friends of Catalonia, an idea or a feeling?

I connected with Foreign Friends through Twitter. Pat Vila, the founding member from Catalonia, sent me a message and told me that she was coming to Amsterdam. We got acquainted, and she said: “Independent citizens of the world should unite to defend human rights and freedom.” The idea is to make connections in all cities and locales and associate with one other. We have a network through which we can get acquainted with people from each country, no matter how distant. We can find people who think as we do; we can get together for coffee or stay at each other’s homes. It’s easy to get connected with people who think similarly. And that’s where the feeling comes in. Foreign Friends is a feeling that unites us worldwide in a common cause, the Catalan cause, so that we can explain what is really happening in Spain and Catalonia.

What is the goal that motivates Foreign Friends?

The most important goal is for everyone to be able to live in a free society where our rights are protected.
Personally, I am very concerned by repression by the Spanish state and, even more so, I’m concerned for the prisoners who have been locked up for far too long. What made the greatest impression on me were the images from the day of the referendum, with the police beating up innocent people. And to fully understand that, you have to examine it deeply. I did so, and I discovered that during the transition to democracy in Spain, there were people from the dictatorship who worked alongside the democrats, like Manuel Fraga, who was a public figure for many years, despite having been the Minister of Propaganda under Franco. Therefore, you can understand that it was not a very democratic process . . . For me, it was a turning point, the moment of the referendum. I saw that something was not right in the way the institutions of the State functioned, when you could be arrested for calling people together to vote.

What are your upcoming projects?

The Diada is the first project. We have organized several events on the evening before the Diada to gather with Foreign Friends who are coming from other countries. We have invited Carola Rackete, the captain of the Sea Watch who stood up to the Minister of the Interior of Italy, Amadeo Salvini. We are also organizing the Foreign Friends Sopar the night before the demonstration. For my part, I have initiated a petition in the Dutch Parliament, urging them to take up the cause of the Catalan politicians who are in prison. This initiative is also continuing in other countries. We have almost 50,000 signatures, and we want to be the largest petition presented, so that the Dutch will not be unaware of the issue; we may present it on October 8. We want to reach the heart of the Dutch people. In my petition, I urged the Dutch Parliament to exercise its influence to help free the Catalan politicians. The other goal we have in common, which we are getting underway now, is to take advantage of our infrastructure and network to
disseminate information among journalists about what is going on in Catalonia. We help them travel to Catalonia, so that they can experience it first hand and can draw their own conclusions.

What is the response so far?  Does the international community understand the Catalan question?

I don’t have to explain anything to people who are friends of the truth. But within my country, I get three different answers: One: “What are you talking about? I haven’t heard anything like that.” Two: “I’m sorry, I’m against independence.” Then I have to explain to them that this is all about human rights. And three: “I had no idea. I’m going to check it out.”

It seems that you plan to make more friends than Facebook!  How many countries are involved in the Foreign Friends community?

I don’t know exactly how many, but there are Friends in the Netherlands, Italy, France, Germany, Ireland, the United Kingdom, Greece, Portugal, and even the United States of America. You can be a member or just a friend who helps out and participates without joining, and for that reason, it’s hard to put a number to the actual community.

You are the daughter of a Catalan father, but not everyone has a direct tie to Catalonia.  Can you give us a snapshot of the Foreign Friends?

In general, they are highly educated, successful individuals who share the same concept of freedom and democracy. They are people who are involved in their own cities and neighborhoods, who want to know how things operate and want to have a network of people who function similarly, and who understand the idiosyncrasies of their own country. They are people with their own projects, as well as an infrastructure of people committed to mobilization, who can bring experiences and ideas of all sorts. All are welcome. Some have Websites, others are designers. . . The association represents a civic organization, totally independent and without any control from the political parties.

At a personal level, what motivates these people to join forces on behalf of Catalonia?

It’s about feeling part of a community with similar values, about being able to connect with people who do the same thing and can do even more by working together. “’Junts som imparables’ (‘Together we are unstoppable’), as our motto states,” Laura Prat exclaims in Catalan before she finishes our interview in English.
We have a common duty, which is to take the cause of Catalonia beyond Catalonia. For that reason, it’s important that our petitions reach the Parliaments of the world, and that they also reach citizens, so that they understand that what is occurring is not right. It’s the moment in which we citizens mobilize that something will change. Because human rights are in the heart of everyone.

“Together we are unstoppable!” 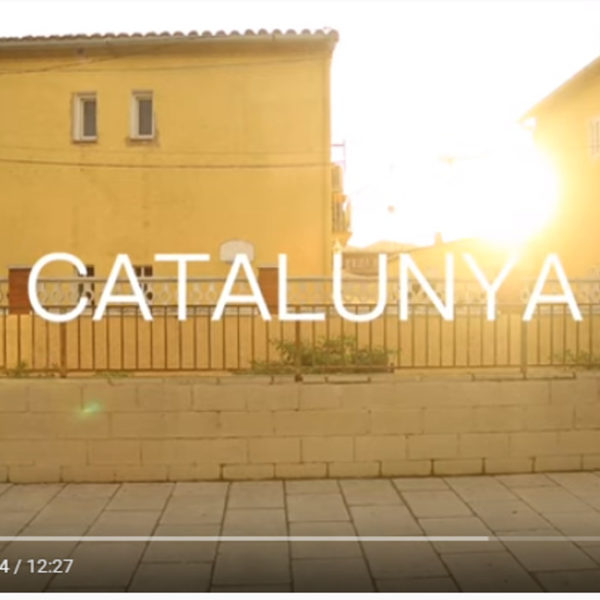 Two years after the 2017 referendum, what’s the political situation in Catalonia? The first instalment of a three-part documentary by Ricochet. 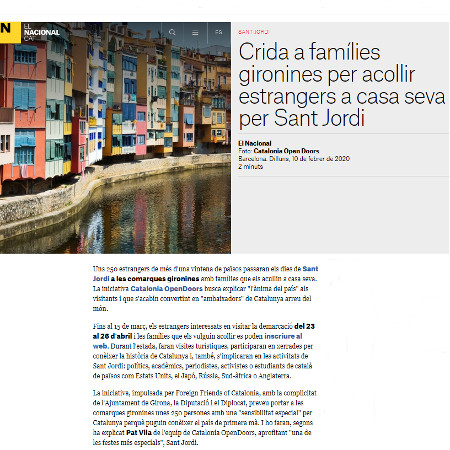 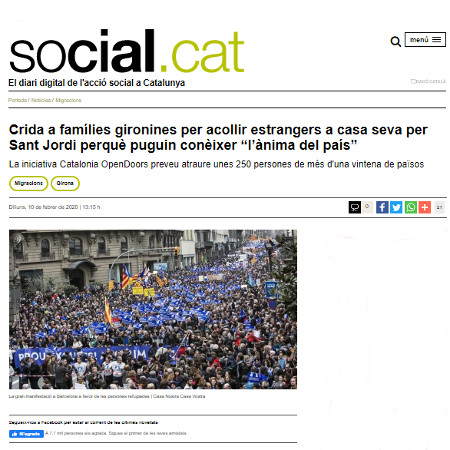 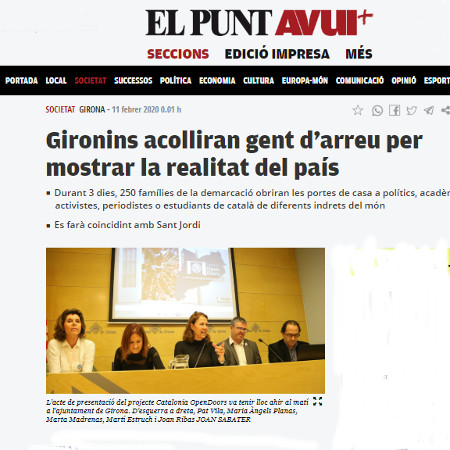